I looked this up. The Prime Minister … “… determines the general direction of Government’s activities ….”

So what is the general direction of the Liberal government’s activities under leadership of Justin Trudeau? If you can go by the past five years and the recent throne speech, and his follow-up content-less address to the nation, and his further follow-up, platitude-ridden address to the United Nations, it would seem that Canada’s direction is Progressivist virtue signalling, full throttle, at any cost.

And away from the interests of Alberta and Saskatchewan, and consequently, the interests of Canada. We’re going green! green! green!, with absolutely no regard for or recognition of the disastrous “going green” experiences of Ontario and Germany and Japan. Instead of only Ontario residents experiencing massive increases in their cost of heat and electricity, the Trudeau government wants equality of misery for all Canadians. Besides, it’s well-established that “going green” isn’t green. 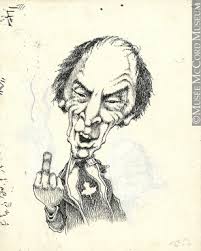 Rather than recognizing the centrality of the petroleum industry to Alberta’s economy and to Canada’s economic well-being, Justin Trudeau has kicked sand in Albertan’s faces, again. Or perhaps flipped us the bird like his father did 50 years ago. There was absolutely nothing in the throne speech to help Alberta in its dire straights in spite of the fact that Albertans have contributed over 600 billion net dollars to Canada over the past 60 years.

Trudeau almost seems determined to give Albertans justification to separate. It’s working, and if Justin Trudeau or Jason Kenney think the separatist movement is a myth, or that it’s just people blowing off steam, they need to give their heads a shake. When you have world class economists like Jack Mintz saying that it might become the only option, then you’d better take it seriously! As I’ve said before, when people in Québec voted, many knew that Québec couldn’t afford to go. Albertans are increasingly aware that they can’t afford to stay.

And a brief note on the US Presidential election. Over the past couple of months, it’s been well-established, by Joe Biden, that Joe Biden is a racist. (To a black journalist Biden said that if he, the black journalist, wasn’t voting Democrat, he wasn’t black.) It’s also well-established that he’s fond of fondling, and  there is credible evidence that he committed rape. (The woman who accuses him is willing to take a lie detector test. Joe Biden isn’t.) The Ukrainian and Chinese revelations are also well on the way to establishing that he is also blatantly corrupt.

And while Biden is unable to point to any significant accomplishment during his 48 years in public office, in just three years Trump was able to: Establish a roaring US economy with record low black unemployment, record high black employment, new investment in the blighted inner cities where Democrats rule but have done nothing, brought in reforms that released thousands of over sentenced prisoners, read the riot act to China regarding their intellectual property theft and unfair trade practices, and called out NATO members for reneging on their commitment to spend 2% of their GDP on defense. I’m not a Trump the person fan, but I am definitely a Trump the President fan.

I know a number of people that exhibit full blown Trump Derangement Syndrome, which means being incapable, and I mean, literally incapable, of acknowledging any of the positive things that Trump has done. It’s a troubling phenomenon and I suspect that some day it will become the subject of psychological studies.

Anyway, that’s the view from here. Meritha is making good progress after her cancer surgery, and in a couple of months she’ll be fit, and spoiled, and rebuilding the honey-do list, and…….I’m in trouble!

One reply on “Battles. Trudeau vs the West, Trump vs Biden”

It IS astounding that so many cannot seem to see the good that Donald Trump has done for the U.S. I chalk it up to people not listening to any news aside from mainstream media. Sadly in Canada Justin has pretty much bought off the media, aside from CBC, which the Federal Liberals pretty much use their main marketing platform. HE WHO PAYS THE PIPER CALLS THE TUNE. Really glad to hear Meritha is healing up so well.